MRDR at the International Myeloma Workshop 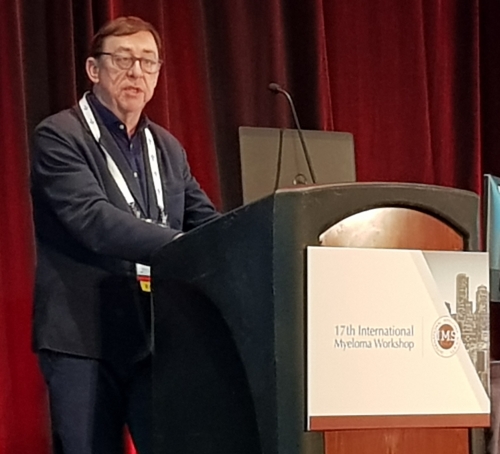 MRDR posters included data on the impact of number of cycles of therapy on outcomes in patients with MM treated with bortezomib induction (A/Prof Peter Mollee), and myeloma in Pacific Islanders in New Zealand (A/Prof Hilary Blacklock). The registry’s presence at this event is a reflection of sites' hard work and shows how the data you provide is being actively used in meaningful research.

The inaugural Asia-Pacific MRDR (APAC MRDR: a sister registry of the MRDR) Investigators’ Meeting was held during IMW. It was well attended by investigators from Korea, China, Hong Kong, Taiwan, Singapore and Australia, who discussed progress with Andrew Spencer and APAC MRDR Project Manager Naomi Aoki.